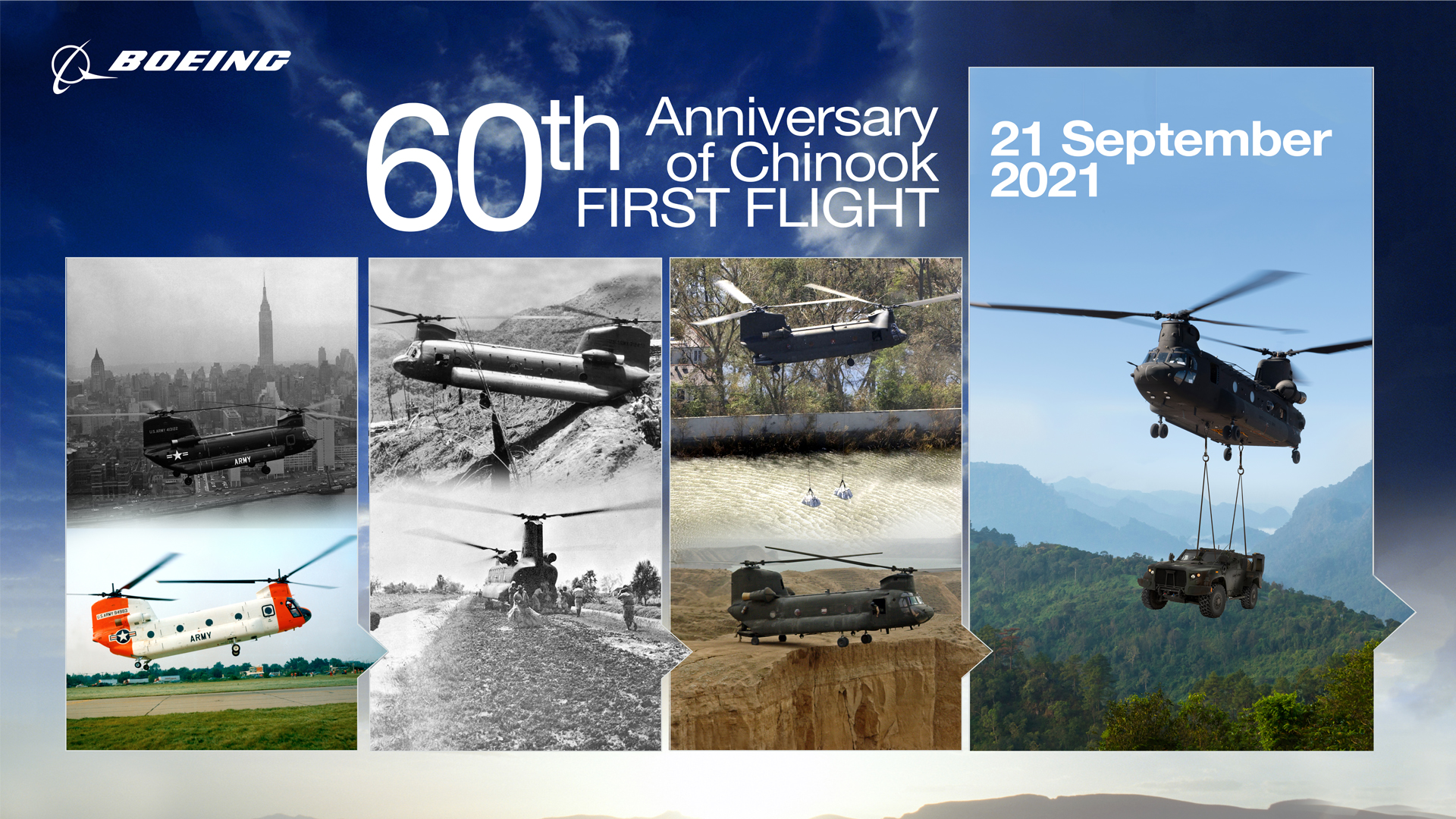 Boeing contacted AMP Event Group to assist with producing a live event for the 60th Anniversary celebration of the first flight of the CH-47 Chinook helicopter. Initially, the event was planned as an outdoor event, incorporating a 40' x 16' stage and two 10' x 17 mobile LED displays, a concert sound system capable of reaching 1,000+ guests, cameras, encoders, and stable WiFi to stream the event to multiple sites. However, ultimately the client decided to move the event indoors to the actual manufacturing line of the CH-47 Chinook! So how do you do that?

The first and perhaps most exciting challenge was that the space would have an actual helicopter on display! This meant delayed setup until the helicopter was in place.
Next, the space required the attendees to face a 70' wide and 30' tall bank of windows facing east in the morning; that produced enough light to rule projection out completely. Use of a video wall would be required, but due to space limitations, it would need to be raised 30' in the air over the center stage to be seen by the entire audience. At 2300 lbs, this required a super-duty, ground-supported truss system with motors to get the job done.
A stage large enough to fit a five-person panel and speaker at a podium, with social distancing, was also needed. Stage lighting was the final element to bring the production quality to the appropriate level to mark such a historic occasion.

AMP has previously executed impressive events in this particular venue, so the challenges of the layout were immediately taken into consideration.
Safety first! Utilizing the facility's AutoCAD drawing, we designed around barriers, pipes, windows, and gantry that would impede the production or cause site line issues for guests. In addition, loading in required special attention and careful planning to avoid the CH-47 Chinook on display, stage left.
Once complete, a backstage super duty truss system needed to be erected on (2) 1-ton truss towers with motors to put 46 feet of truss, thirty feet in the air; that would support a 13' x 23', 2300 lb video wall, stage lighting, and drape system to block out the window wall.
Next, we finished the 40'x 16' stage with carpet, podium, flags, and stools for panelists. We then added a concert line array sound system with delays on genie towers to project the audio down the entirety of the manufacturing line- the equivalent of three football fields. Lastly, we added some stage wash and movers to those same towers to create the final dramatic ballyhoo at the end of the program.

The results were amazing! The stage and video wall appeared as though it were part of the facility, and it created both the drama and excitement the client intended for such an occasion. Leadership, employees, supply partners, and special guests were treated to a unique display of Boeing Chinook's incredible history through videos with thundering audio that left them feeling like a Chinook was about to land on the stage. They got to hear hair-raising first flight stories from original pilots and about the pride of employees from multi-generational families that have built these incredible machines over its long, storied history. GO, TEAM CHINOOK!!

I must say, given all of the obstacles we faced, your team members always stayed positive and proactive. Through the delays waiting for power, the unforeseen issues regarding the truss and the water pipe, and the drama involving the fire department, the AMP team stayed focused, productive, and I don’t think I ever heard a cross word or complaint from any of them. I was truly impressed…you all are true professionals and I certainly would invite you back to support our future events any time! 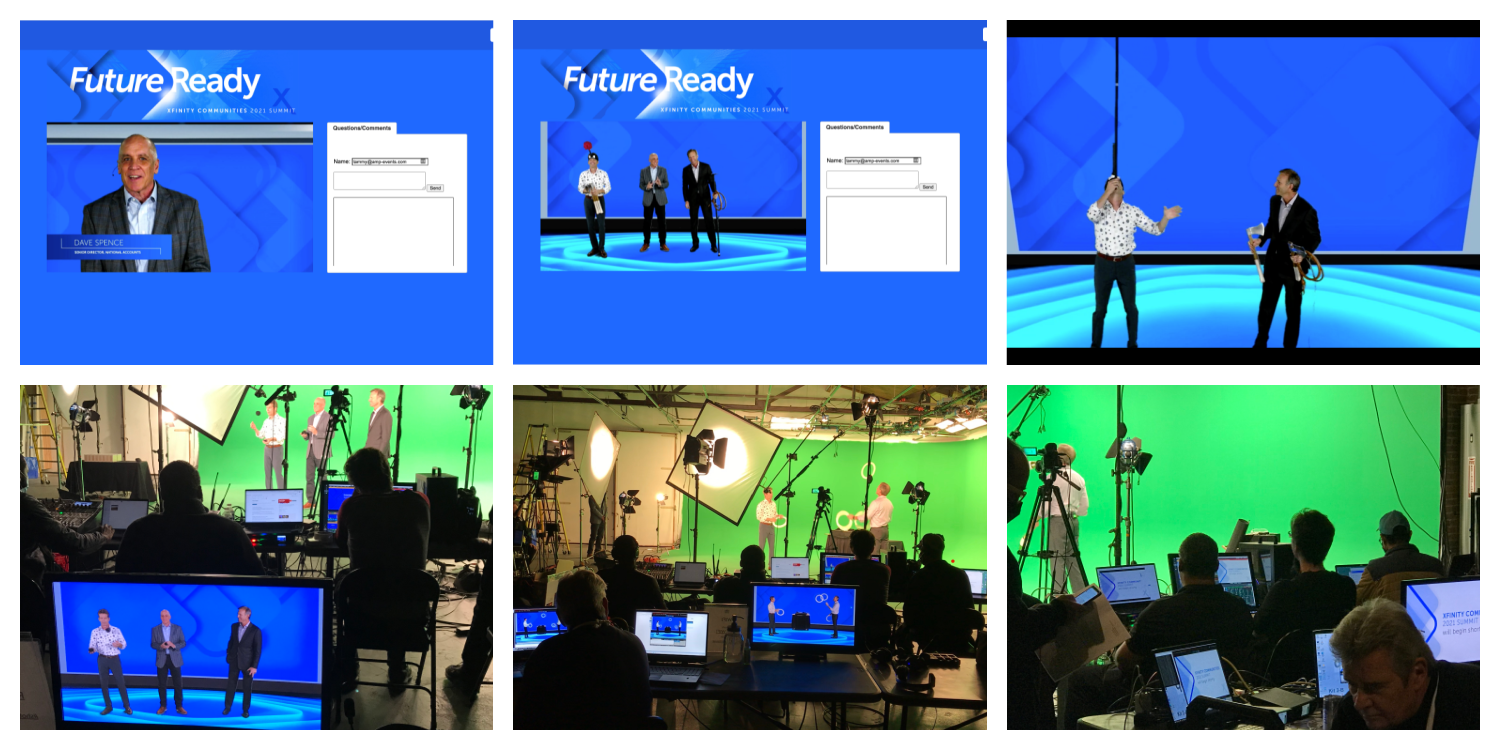 The Challenge BI WORLDWIDE, a global brand experience agency was tasked to convert a historically live event for [..]

The Challenge Boeing contacted AMP Event Group to assist with producing a live event for the 60th Anniversary [..]

Challenge: All About Events, a Philadelphia based event management company reached out to AMP to help their client [..]

Sign up to stay up to date with the latest news, insights and more from AMP Events!

Let’s Connect About Your Event